We aim to please you by finding the perfect apartment for you, whether you are staying a few months or more. We will put you in touch with the apartment owner, who will give you a warm welcome and make sure your stay in Paris is most agreeable.
All our apartments are ready for use. They come furnished and equipped with everything you need, even linens and cooking utensils.

Do you own an apartment in Paris ?

Paris Attitude can put your property to work while you are away. We have been working for the past ten years with a targeted clientele to offer apartment owners the opportunity to rent or sublet their properties based on their needs and schedule.

Selected for their delightful and charming aspect, all of our apartments meet stringent criteria based on the quality of the apartment, its location, its interior decoration, its furnishings or its furniture, etc. Each have been thoroughly inspected and photographed. We regularly come back and visit them to make sure that their standards still meet our requirements. 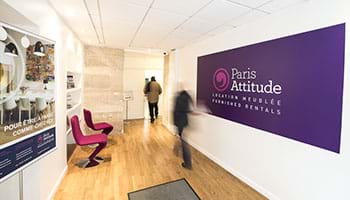 Over 40 staff members work together to give you the best service possible. Our team values professionalism, teamwork and support so that your requests can be attended to as quickly as possible. Each member of the agency has helped build the image of Paris Attitude's by conveying a corporate culture based on human and professional values.

Feel free to contact our multilingual advisors. They will answer your request in French, English, Spanish, Portuguese, Russian, Georgian, Korean, Arabic and Italian. 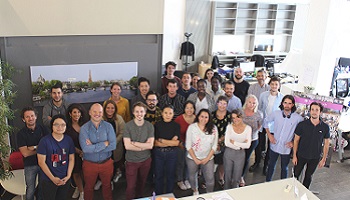 Frederic Lecoq and Thomas Elisian met in 1999 when they were interns at an agency in New York, where they got the idea of importing the furnished rental concept to Paris. It was not very common in 2001 when they made their debut, and it has been a success ever since.

From the time it was founded, Paris Attitude focused on developing its Web presence to reach out to an international customer base.
Ten years ago, Paris Attitude only had 20 apartments in its portfolio. It has 3,500 today. This property portfolio has become more demanding and more diverse to meet constant changes in demand.

One has family ties to business, and the other took over the helm of this quickly-growing young company. These two thirty-somethings met at their first job in New York, and they have not lost their flair for all things cosmopolitan.

This complementary duo has played a big role in making the company a success, in the upper echelons of its sector, alongside the dynamic, internationally-minded team built up over the years.

Backed by this success and its expertise in furnished rentals, in 2007, Paris Attitude created a branch dedicated to luxury apartment sales in Paris.
Paris Attitude Vente works mostly with investors who wish to buy a pied-à-terre in Paris that they can rent out while they are out of town. 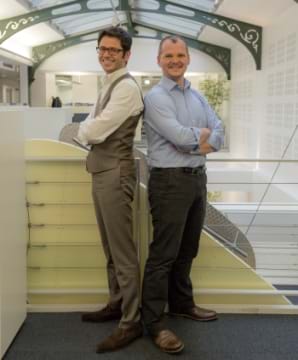